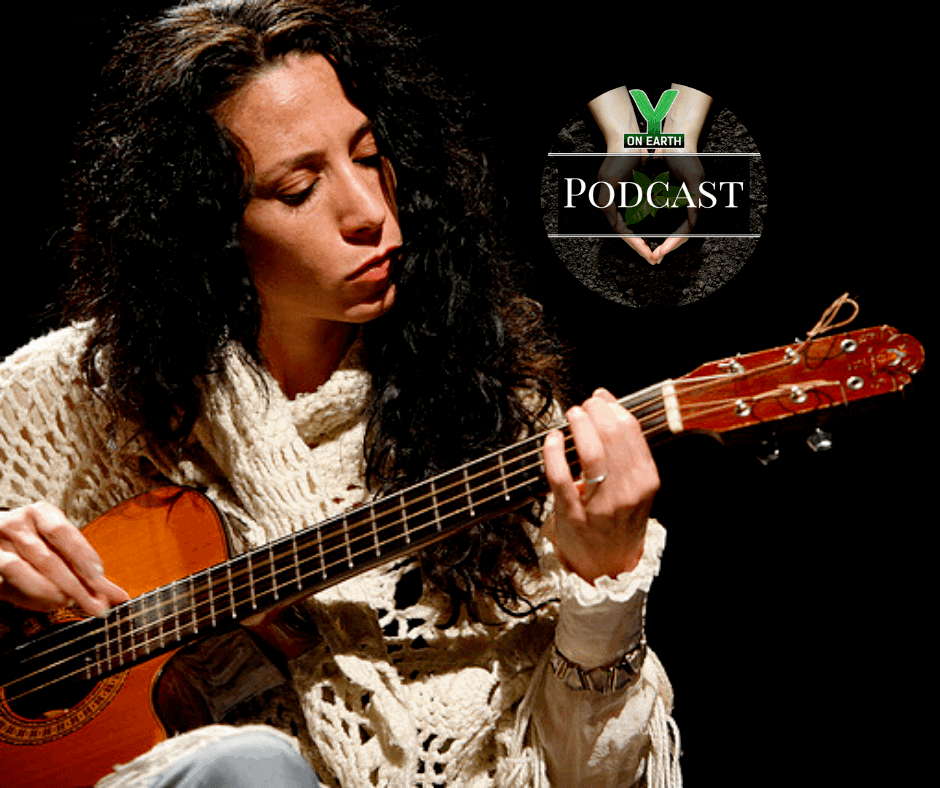 Bethany Yarrow discusses the 13 Grandmothers, the Waterfall, and the Three Sisters Sovereignty Project in the Schoharie Valley of New York State.

As a musician-activist, she is a leading figure in many important movements and projects in New York and throughout the Americas. With a unique mixed heritage including Catholic, German, Irish, Jewish, Lutheran, and Swedish roots, Bethany envisions a different future, and a pathway of deep cultural and spiritual healing that will lead us there. A steward of Sacred Sites, including a very special Waterfall whose name means, “The One Who Speaks Loudly / Whom You Can Hear,” she is connected to many healing and stewardship projects world-wide focused on Water and Human Healing. At the conclusion of this special episode is footage from Bethany singing at a ceremony in New York City with Palestinian, Israeli, Jordan, Native American, and many other peoples gathering and praying for peace, healing, and harmony (Eco Peace Middle East (http://ecopeaceme.org/).

Bethany sings music of power and praise. She is a song keeper, earth activist, and student of the spiritual traditions of the Americas. Onstage she is a mesmerizing, dancing spirit with a soulful voice and a living prayer for unity at the heart of her music. Bethany has been involved in many social justice, environmental justice and human rights issues throughout her life. In her role as a musician/activist, she often finds herself in the streets playing at demonstrations, rallies, and concerts for change. Bethany has worked on Native/non-Native alliance building for over a decade, was one of the founding organizers of the Black Hills Unity Concert, as well as the Waterfall Unity Alliance (formed to stop pipelines and fossil fuel infrastructure expansion in New York and transition to Earth based models of community power). She is also a member of the Advisory board of the Center for Earth Ethics at Union Theological Seminary in New York City.

As the daughter of Peter Yarrow, of Peter, Paul and Mary, Bethany carries a legacy of music and activism across the generations. The first time she was arrested was with her dad in 1986 when she was 14, protesting apartheid and singing “We Shall Overcome” in front of the South African Embassy. Musically, Bethany is best known as one half of the dynamic duo Bethany & Rufus that she formed with ground breaking cellist Rufus Cappadocia in 2001. Although Bethany put film making aside many years ago, she revisited her cinematic roots to help with the filming of the feature documentary “The Grandmothers Speak: For the Next 7 Generations” a film about the Council of the 13 Indigenous Grandmothers.