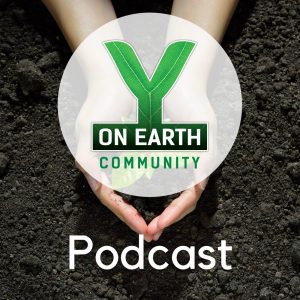 William (“Sandy”) Karstens shares a unique exploration of sacred geometry, esoteric wisdom, and the advanced science and mathematics of subatomic physics. Connecting the dots between Gluons and the Star of David; the Atomic Trinity of electrons, protons, and neutrons – and their relationship with the gamma/photon energy; the Trinity and the triplet Red, Blue, and Green Gluons and Quarks; the Kabbalistic Tree of Life, Baryon Decuplets, the Ten Commandments, and geometry of the Tetractys; and Meson and Baryon Octets and other mystical patterns of eight, such as the Buddhist and Taoist Eight-fold Path and the eight Christian Beatitudes attributed to Jesus of Nazareth, Sandy takes us on a tour of discovery and revelation. He walks us through the various curves found in the Conic Sections, and discusses the Golden Section and its corresponding Fibonacci Series.

Sandy also provides some historic background, discussing the work of giants like Galileo Galilei and Sir Isaac Newton (who was born in 1642, the same year Galileo died), Kepler, Copernicus, Einstein, Gelman, and others. It is within this historic context, the great human journey toward greater knowledge, that we are each invited to “carry the torch forward.” Sandy shares a sense of the sacred and sacramental – an understanding that the Divine is in all things – and likewise asserts that “Geometry pervades everything around us.” Indeed, Newton himself described “math” as an expression of Deity.

Hinting at an “invisible college” comprised of great alchemists and scientists like Newton, Sandy also reveals how the cultivation of knowledge is an inward journey in which both mysticism and morality are at work – hopefully. He asks, “What are you looking for?” and invites us each to expand our scientific understanding while also cultivating an ever deepening sense of the sacred and sacramental. Sharing and celebrating the wisdom and insights of Richard Rohr, St. Francis, Pope Francis, and others who understand the sanctity of a direct, intimate connection with the natural, living world, Sandy asks each of us to take a deeper interest in the living mysteries of Earth.

William (“Sandy”) Karstens is a Professor of Physics at Saint Michael’s College in Vermont. His research areas include: Optical Properties of Solids, Einstein’s General Relativity, Particle Physics, and Cosmology. Sandy received his undergraduate degree in physics from the University of Vermont, his Masters degree in Physics from Brandeis University, and his PhD in Materials Science from the University of Vermont. He is a Phi Beta Kappa graduate, and also studies history, philosophy, and religion. Sandy has been involved in Boy Scouts for over 15 years and is in the Order of the Arrow. He is also a Freemason in the Grand Line of the Grand Lodge of Vermont where he currently serves as Grand Junior Warden, and is active in the Scottish and York Rites. He is married with two grown children and loves to canoe and camp in the Adirondack mountains of upstate New York.

Aaron William Perry is a writer, public speaker, impact entrepreneur, consultant, artist and father. The author of Y on Earth: Get Smarter, Feel Better, Heal the Planet, Aaron works with the Y on Earth Community and Impact Ambassadors to spread the THRIVING & SUSTAINABILITY messages of hopeful and empowering information and inspiration to diverse communities throughout the world. Stewardship, regeneration, health, well-being, and sustainability are at the core of his work. He resides in Colorado where he is continually in awe of the weather, appreciative of the singing birds, and entertained by the antics of the free-range (and free-thinking) ducks and chickens outside his window.